Skip to Main ContentSkip to Footer

Professor James Best is Visiting Professor and Former Dean, Lee Kong Chian School of Medicine, Singapore and Professor Emeritus, University of Melbourne. With long experience in education and building relationships between academia and industry, Jim will provide guidance on the aspirations of PreMIT to support training and career development in the field of theranostics.

His work in diabetes research has included physiological studies of insulin secretion and action with modelling of glucose metabolism, risk factors for cardiovascular complications of diabetes and more recently diabetes prevention and management at population and primary healthcare levels. He has published over 200 original journal articles in the field of diabetes and metabolism.

From 2007 to 2014, he was Head of the Medical School at the University of Melbourne. At a national level, he was a member of Australia’s National Health and Medical Research Council and Chair of the NHMRC Research Committee from 2006 to 2012. He was a board member of the Juvenile Diabetes Research Foundation Australia from 2015 to 2021.

James was appointed in 2014 as Dean of the Lee Kong Chian School of Medicine (LKCMedicine), a Joint Medical School of Nanyang Technological University (NTU Singapore) and Imperial College London, a year after admission of the first medical students to its MBBS programme in 2013. He held that position until 2021 and was responsible for overseeing the ongoing development and delivery of world-class research and innovation excellence, and the provision of an excellent student experience.

He was awarded an honorary Doctorate of Medicine from St Andrews University in 2011 and in 2016 was made an Officer in the Order of Australia (AO) for distinguished service to medicine, particularly in the area of endocrinology, to medical education as an academic, researcher and administrator, and to rural and Indigenous health.

In 2019 he received the Imperial College London Gold Medal and was made an Honorary Fellow of the Royal College of Physicians of Ireland. 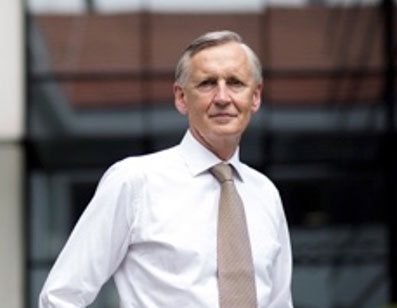